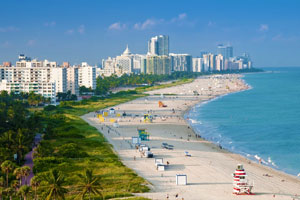 Miami Beach politicians are considering a new ban on alcohol. It’d be an unprecedented event which would change the entire setting. We’ll go over why this matters and what it could mean for you. When it comes to this industry you need to pay attention to events all over the country. Precedent is very important and we’ll discuss that as well. It’s a complicated situation that we never thought would come up and could have an impact on your business and design.

What makes it stand out is the fact that drinking is such a major part of the Miami Beach environment. It would be like considering a ban in parts of Las Vegas. There are restrictions there of course, but you can get a drink pretty much everywhere you would like. If it could happen here then it could happen anywhere in America and would really change the climate for many bar owners. This is why it could have an impact on you in the long term. It’s very different from bans you impose, but similar to city-wide smoking bans.

The motivation behind this is the fact that Ocean Drive has become an area where people expect a criminal element to hang out. Buildings are in bad condition and drinking is something that practically everyone does in the area. Many cities have a place like this and lawmakers are always interested in improving them to “beautify” the city. In this way a few bad apples spoil the whole bunch, as the saying goes. You can get in trouble for things others do.

It’s a big deal if this ban comes about. How could you adjust to such a thing? We’ll discuss that as well. To be sure you would at least have to change your stock and some of your business practices. You may even need to rethink your setting constantly.

So how does this change your outdoor furniture selections and business as a whole? A bar which serves alcohol often, almost always, has a different look from a health bar or other setting. This would probably change the style of restaurant outdoor furniture as well. You could either change a few items or completely re-do the bar into a health or spa setting. In either case it will lead to a lot of additional work and investment for you. It’s something you would have to do and that the owners would need to do as well.

It may not end with this setup as there are those who want some restrictions but not a full ban. In that case it wouldn’t be too terribly difficult to work around this. There are many parts of the U.S. Where partial bans have been put in, people either deal with them or they ignore them and pay fines.

Finally the question is whether this will go through or not. We don’t’ believe it will. It’s quite hard to push through any law that would be as unpopular as this. Just look at prohibition. If you find yourself in a similar situation you can always attempt to wait it out.